Tiffany Haddish (star of Girls’ Trip) and Andy Serkis (War of the Planet of the Apes) co-hosted the 2018 Oscar nominations broadcast in anticipation of the 90th Academy Awards in March. Haddish is the breakout star of one of the summer’s biggest blockbusters, tipped for success this award’s season. Serkis, meanwhile, is a phenomenally successful actor, but one whose face is not always seen on screen – despite a lengthy list of acting credits. END_OF_DOCUMENT_TOKEN_TO_BE_REPLACED

This is the way the world ends. Not with a bang but a virus. 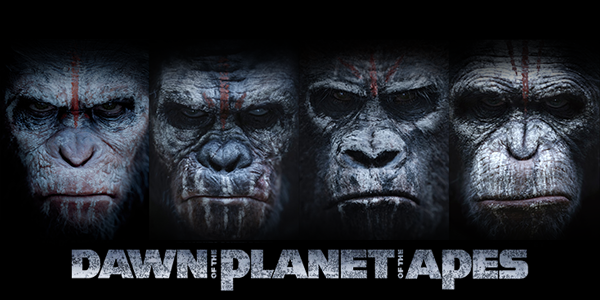 By 2011 I had already spent five years of postgraduate study researching the history and cultural interpretations of Planet of the Apes. I was very nervous about seeing Rise of the Planet of the Apes; it was released just a few weeks before I submitted my PhD and I knew I would have to make at least some reference to the film in my thesis. So, I anxiously went to the screening accompanied by my low expectations and a notebook. I was, thankfully, very pleased with the new origin story that was clearly intended as a new beginning for the multiple-decade spanning franchise. It did not try to awkwardly update or rehash the original series’ subtext (oh, Tim Burton) but instead used the science fiction genre and the possibilities of the fall of humanity to explore more pertinent socio-cultural issues.  END_OF_DOCUMENT_TOKEN_TO_BE_REPLACED